As many of you probably know this Saturday we have LOVE event with legendary DJ Sasha. This is Sasha’s first appearance in Finland in ten years and I’m super happy and excited to have him here because he holds special value to me. I even consider him to be my all time favorite DJ and one of the biggest influencers during my career.

I had heard and read about this mythical character from the UK dance press in mid 90s but it was his 13 minute remix of BTs ‘Embracing The Sunshine’ on Perfecto in 1995 that really struck me. It was so well produced, sounded amazingly intelligent and had this amazing sense of musical journey in it. Quite nothing like any other track before. Soon after followed his singles Be As One and Ohmna, many classic Sasha remixes and I was hooked. During the years he has been pioneering the UK progressive house through out the 90s, quality prog trance in the late 90s/early 2000, modern tech house and electronica and most recently a more techno influenced sound. All that with an epic Sasha touch.

The first time I heard his live DJ mix was on a noisy C-cassette which DJ Kiki had recorded from Berlin Kiss FM. It included tracks like the Bedrock remix of Chakra’s I Am and Sasha’s Ohmna and featured some of the most musical harmonic mixing I’ve ever heard. Which was much more rare in the vinyl days. Ever since then Sasha’s DJ mixes have always been unique and Northern Exposure, Involver, Global Underground and Renaissance mixes are all amazingly timeless. Renaissance Mix Collection 1 was the first properly commercially succeful mix CD, Northern Exposure introduced whole new level of quality in long transitions while Involver CDs have taken the whole concept of “DJ Mix” to a new level with Sasha reconstructing and remixing the tracks from scratch.

His magic isn’t only in recordings though. I remember vividly hearing him in places like E-Werk and No Ufos in Berlin and Pacha and Space in Ibiza where his music has always been most up-to-date, reflecting the most current and future music trends. Sasha is always musically very much NOW.

Sasha has also a very special role in my musical career. He was the one most heavily supporting my debut single ‘Unity’ in 1998/1999 and perhaps without him opening his NYE BBC Radio Essential Mix with that – the single might not have been released. Steelfish had already made the decision not to release it (because of some sample clearance issues;) but after Sasha played it the emails and calls started pouring in and Steelfish decided to go for it. Unity went to DMC Hype Chart Top 20, was played by Pete Tong on Essential Selection and was licensed to Gatecrasher and Renaissance compilations so I’m eternally thankful to Sasha for the support. 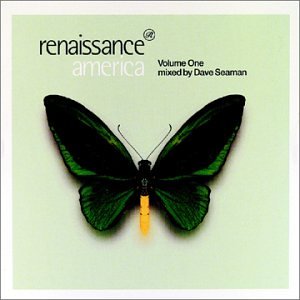 To celebrate this special event I decided to dedicate this month Radio Unity for some Sasha’s old school classic tracks and remixes. It will air tonight on Afterhours.fm at 21-22 CET. Please join me and many likeminded music lovers on a live chat at the AH.FM message forum. It is worth mentioning that this mix will consentrate on his more trancey stuff from the late 90s and early 2000s – while his current sound is more focused on progressive, tech house and techno. Still with that epic journey vibe though. I’ve also listed below my favorite musical Sasha moments.

All this being said, when waiting for his performance this Saturday lets still remember that he is no rainmaker – just a man with some really good music, great mixing skills and an eye & ear for taking people on a music journey. Come join us on on that journey this Saturday at The Circus.

While waiting for Saturday, here is a nice little video from the previous LOVE events with Pete Tong, Paul Oakenfold and Eric Prydz: